Phonology is one of the pillars of the Portuguese language, and this subject is taught in the early school years. For all the details on this subject, Concepts of phonology

This word has Greek origin, being: fon(o) = sound + logia = study. In this way, phonology is a part of grammar that is dedicated to the study of the sound system of the language. That is, it studies the way in which phonemes are organized and articulated in syllables. It is important to emphasize that phonetics and phonology are complementary areas of linguistics in the field of analysis of sounds corresponding to speech.

To understand the importance of this area of ​​grammar, let’s look at all the subjects studied in the field of phonology .

The phoneme is classified as the smallest sound unit that can be isolated within a word, and the phoneme has the property of distinguishing between words in a language.

Also called a digraph, the digraph consists of the meeting of two letters in order to represent a single phoneme, and the digraphs can be vowel or consonant.

These are phonemes that result from some obstacle encountered by the air current. They only form a syllable when supported by a vowel. Note: phoneme is not the same as letter. The phoneme is a sound unit that takes place in speech, while the letter is only the graphic representation of the phoneme.

Syllables consist of the intermediate units of words, with the phoneme or group of phonemes being pronounced (s) only in a voice utterance.

Syllables, in turn, can be classified into:

With respect to the stressed syllable position, according to phonology , words can be classified into:

Vowel clusters are groupings of vowels or of vowels and semivowels without an intermediate consonant.

It consists of the meeting of a vowel and a semivowel, or vice versa, in which the vowel and semivowel belong to the same syllable.

It is the meeting of semivowel = vowel = semivowel, exactly in that order, and in triphthongs the semivowels and the vowel belong to the same syllable. Note: Triphthongs can be oral and nasal.

It is the immediate encounter of two vowels, and the vowels that form the gaps belong to different syllables.

These are groups formed by more than one consonant without an intermediate vowel. Consonant clusters can be classified into: perfect and imperfect.

With all this information about phonology , it is easy to understand how important the study of this area is, being the basis for understanding the Portuguese language. To fix the learning even more, it is recommended to make lists of specific exercises on the items studied. Concepts of phonology 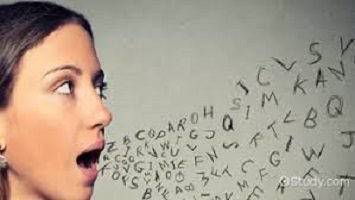