Secondary groups are more or less stable groups of  people, interrelated primarily for a common purpose or because circumstances demand it. The relationships between its members tend to be superficial and not very intimate, and usually disappear when the common goal is no longer pursued.

Along with primary groups, secondary groups form the basis of our social relationships. For this reason, sociology tries to understand them in depth, being able to find a multitude of theories about their nature, their characteristics, how they affect their members and the way they are formed.

Generally, a person begins to form part of a secondary group when he meets a group of individuals with whom he has to live or collaborate due to his circumstances. For example, in a work context, the group of employees could form such a group.

In most cases, secondary groups dissolve as soon as the context or task that led to their formation disappears. For this reason, they do not have as much influence over their members as the main ones.

Furthermore, members often play a rather passive role in their training, and deep connections between participants are rare.

In a primary group, its members often form deep and lasting bonds with one another, in such a way that they exert a great deal of mutual influence. In secondary groups, on the other hand, relationships between members are generally much more impersonal, have a formal tone, and hardly influence each other.

One of the most important consequences of this trait is that it is rare to find warmth or emotional support in secondary group relationships. Generally, the interactions between its members are based on the common tasks they must perform and tend to ignore other more intimate aspects.

For this reason, people belonging to a secondary group do not exert much influence on each other. For example, while we may care what our colleagues think of us, their ideas will never carry as much weight as those of our family, friends, or partner.

Due to their characteristics, primary groups must be made up of a limited number of members. On the other hand, secondary groups can have as many components as needed, some of them consisting of hundreds of thousands of people.

For example, some large multinational companies could form such secondary groups, with all their employees being part of a network spread across the planet, in which its members have a very close relationship, but with some common characteristics.

In most cases, membership in a primary group is not optional: most people do not choose to join a family or a very close group of friends, but different circumstances and coincidences lead them to belong to one of these communities.

On the contrary, membership in a secondary group is usually completely optional and, in many cases, is motivated by the individual’s conscious decisions. For example, going to work in a company or belonging to a club is something that depends entirely on the person.

We have already seen that secondary groups tend to be large. As a consequence, its members tend to play very different roles and to act in totally different ways, depending on their interests, the roles they have to fulfill, their motivation and their goals.

For example, in a political party, some members act as spokespersons and representatives, while many simply pay their annual fee and pay little attention to the decisions and actions of others.

Contrary to what happens in primary groups, in secondary groups it is very common that the relationships between their members are determined by a series of formal and explicit rules that all members must comply with.

These rules are responsible for maintaining the stability of the group and creating the best possible conditions to achieve the goals for which it was created.

Secondary groups, on the other hand, usually have some sort of hierarchy, with those at the top of the hierarchy in charge of establishing the rules. In this way, each of its members knows the role they must fulfill.

In primary groups, all members have a similar social standing, and the reciprocal nature of the relationships means that there is not a very strong hierarchy.

On the contrary, in secondary groups, each of the members has a different status that largely depends on the social position they occupy and their role within the group.

Thus, in a company, the social status of the boss is much higher than that of each of the employees, who must carry out their orders if they do not want to lose their jobs. Something similar occurs in other contexts where this hierarchy is less explicit, such as in a neighborhood association or in a church.

With the exception of our family, our closest friends, and our partner, all of our relationships are formed in the context of a secondary group. 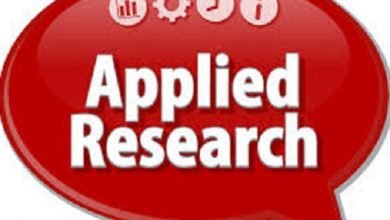 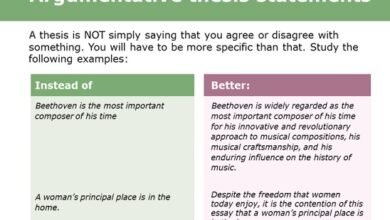 Importance of hypothesis in research