Human behavior is a phenomenon that, since ancient times, attempts have been made to explain it in many different ways. What’s behind our behavior? Why do we behave as we do? Psychology has often tried to answer these questions from different points of view. In this article we will provide you information about the phenomenon of Radical behaviorism.

One of the paradigms that tried to explain it is behaviorism. And within this current, one of the most well-known approaches is Skinner’s radical behaviorism .

Behaviorism: basic premises of the paradigm

Behaviorism is a psychology paradigm whose objective is to study behavior and the processes that trigger it, from an empirical and objective perspective. It is based on the premise that the mind and mental processes are not objectifiable concepts and it is not possible to study them scientifically, the only visible correlate being the behavior we perform.

It starts from a mechanistic conception of behavior, in which it is stipulated that it is the properties of the stimuli that make the subject, who is a passive and reactive being to these properties, respond in a certain way.

Furthermore, it is considered that the acquisition of behaviors and learning in general are carried out thanks to the ability to link and associate stimuli under certain circumstances that allow this association.

They are conditioning processes in which there is exposure to stimuli that generate a positive or negative response in the organism and in other neutral ones, the subject relating both stimuli in such a way that he responds in the same way to the conditioned stimulus (the neutral one that ends up acquiring positive characteristics or negative by its association with the initial stimulus) than by the appetitive or aversive element. Through different processes, it is possible to have stimuli associated or dissociated, something that has been used, for example, in the treatment of phobias.

Concepts such as will or other mental aspects and even the mind itself are not denied, but are considered more a consequence of stimulation and behavioral reaction than its cause. For the most part, therefore, the cause of the behavior is considered external.

Since the birth of behaviorism, this paradigm has evolved, emerging different types of behaviorism. But one of the most interesting and important, along with the classic, is radical behaviorism.

Radical behaviorism is one of the main theoretical developments of behaviorism, from which different neoconductist currents emerged . Radical behaviorism considers that, although classical conditioning (also called respondent) is a valid explanation for understanding reactions to a specific stimulus, it is not enough to explain our behavior in relation to it.

Therefore, BF Skinner , the main author and developer of this type of behaviorism, considered and defended that human behavior was not caused only by the stimulus-response association, but that the root of behavior lies in the effect or consequences that the acts themselves have on ourselves. The mind and intellectual processes are considered existing elements, but they are not explanatory of behavior and their study is unproductive. Anyway, thinking could be defined as verbal behavior derived from the same conditioning principles.

For Skinner and radical behaviorism, behavior and its persistence or modification depend on what it causes. If a behavior has favorable consequences for us, we will tend to repeat it frequently in order to obtain the benefit in question more often. If, on the contrary, the behavior has the consequence that we suffer harm, we do it less often or we inhibit it.

The association between the behavior and the consequences of it is what is called operant conditioning and the stimuli that make us repeat or not the behavior, the reinforcers (which can be of different types). It is in this type of thinking that concepts such as reinforcement and punishment arise, which would later be applied in different techniques.

The contribution of radical behaviorism has been essential in the development of the scientific study of behavior. However, this perspective has the disadvantage that, at least originally, it does not take into account other factors such as the motivation, emotions , intelligence or personality of the subject.

It is because of these and other limitations that different neo-behavioral approaches emerge that take them into account and even one of the reasons why the behavioral and cognitive lines in the cognitive-behavioral paradigm would end up uniting.

Radical behaviorism has been an approach in the study of behavior with great importance and presence in different fields, including clinical and educational.

The idea that behavior depends on its consequences and that this can be modified through the use of programs in which certain behaviors are reinforced or punished allowed the generation of techniques that are still used today, although they have been developed and have incorporated concepts from others. paradigms, such as the cognitivist. These are behavior modification techniques, the operant techniques being especially linked with radical behaviorism.

As for the concepts of positive and negative, positive is understood as that in which a stimulus is added and negative in which it is removed. Other derived techniques are molding or chaining to learn to perform behaviors, as well as fading and aversion techniques.

These types of techniques have been used to help reduce problem behaviors and promote more adaptive behaviors. They are generally applied to behavioral problems, in children and adults, and in some learning processes where new behaviors must be developed or existing ones modified.

Despite this, the fact that it does not take into account aspects such as mental processes has limited its usefulness and, in some cases, has unwanted effects. It is necessary to integrate cognitive aspects in the treatment of problems such as depression or learning problems. 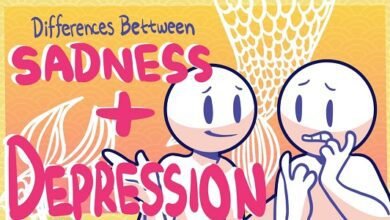 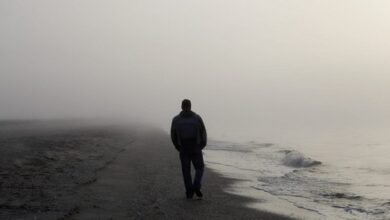 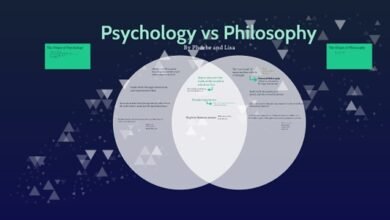 Difference between psychology and philosophy