An obstruent is a plosive, a fricative, or an affricate, that is, any consonant where airflow through the vocal tract is obstructed either completely or at least enough to create turbulence. In this article we will describe the concept of Obstruents and sonorants

Speech sounds, more precisely: a group of consonants, in which a constriction or closure of the organs of articulation is formed, as a result of which the phonation flow through the nose or mouth is obstructed or interrupted and a specific noise is generated, are referred to as obstruction (also noise consonant, noise sound ).

All languages ​​have deaf obstructions, and although some languages ​​lack sound obstructions, they are also very common. The sounds of the world’s languages ​​are practically always sonorous, with typologies being infrequently deaf. The Portuguese obstruents that form phonemes come in pairs (voiceless), and are the occlusive / p / / b / / t / / d / / k / / ɡ / , the fricatives / f / / v / / s / / z / / ʃ / / ʒ / . Afrada / tʃ / occurs only in loans in certain dialects, in others, especially Brazilians, it appears forming the pair / tʃ / / dʒ / , constituting an allophony.

Obstruents are subdivided into.

such as [p, t, k, b, d, ɡ], with complete occlusion of the vocal tract, often followed by a release burst

such as [f, s, ʃ, x, v, z, ʒ, ɣ], with limited closure, not stopping airflow but making it turbulent

which begin with complete occlusion but then release into a fricative-like release, such as [t͡ʃ] and [d͡ʒ].

In phonetics and phonology, a  sonorant is a sound of speech that occurs without turbulence in the airflow through the vocal tract. The sonorant includes both vowels and certain non-obstructing consonants such as / m / or / l /.

There are 8 sonorants in English: [m, n, l, ŋ, h, j, r, w]. Very often they do not have a deaf pair, but they may change the tone or harden. sonorants sounds, depending on which part of the oral cavity is formed, are:

Expressed as “m” or “mm”. In this case, the final consonant following the “m” is most often not pronounced:

As well as our “n”. “N” or “nn” is transmitted. If it occurs together with [k] at the beginning of a word and the combination of letters “kn” is obtained, then [k] is not read

While pronouncing it, pass the “n” through your nose. Transmitted through:

To pronounce it correctly, you need to raise the front part and the tip of the tongue to the alveoli, almost without creating an obstacle to the passage of air. The fringe part must be raised to a solid one and pronounced this sound on the exhale, thus softening it. Expressed in the letter “h”:

The air exhaled by the lungs flies through the gap between the tongue and palate. The sound is voiced, which means that the vocal cords are also involved in the process of its pronunciation. “L” or “ll” is transmitted:

In English, it is shorter and does not rattle. When pronouncing it, you need to bend the tip of the tongue towards the sky. It is indicated on the letter as follows:

It is NOT “in”, rather it is “y”, but to pronounce it, you have to stretch your lips, as when reading “y”, but pronounce it more sharply and energetically. It is expressed in the following letter combinations:

It is transmitted by such letter combinations as: 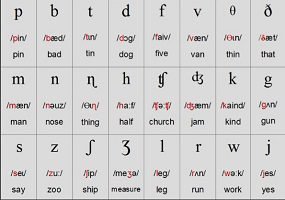 Description of Consonant sounds with examples