It is one who seeks to achieve the desired behavior or appropriate response through reward and punishment. In this case, the word operant defines how the human or animal acts or operates against the stimulus present in their environment. For example, an employee will work overtime if you are being paid.

Operant conditioning is what defines action or inaction in the face of a stimulus. If this was negative, it is likely that you will not repeat such action, if it was positive, you will repeat it. For this type of conditioning, learning is based on rewards and consequences as a result of an action performed.

The father of this type of conditioning was BF Skinner, he claimed that humans and living beings do not have free will and that their behavior depends on the consequences and circumstances that surround it.

To test this, Skinner locked a rat in a box with levers and lights. The rat learned that by pressing a lever it received food and it learned to discriminate darkness from light, because when the light was off if it pressed the lever, no food would come out.

Operant conditioning then defines that an individual operates on the environment. If a response to our actions benefits us, we will repeat it. Otherwise, we will do it to a lesser extent until we avoid it completely.

This conditioning has three elements:

indicates the probability that the response will be followed by a reward. In the case of the rat, she knew that the lever would give it food if the light was on. Light is what tells you the presence of a reward.

it is the effect caused by the environment.

it is the event that occurs with the response and that modifies the probability of repetition of the behavior. For example, if the rat is given food when you press the lever, it will do so again.

It is the behavior that is formed by combining two stimuli . It is also known as Pavlovian conditioning. This conditioning describes an involuntary or automatic response to a specific stimulus. For example, if you go for a walk in the field and the aroma of the roses that your mother planted reaches your nose, you will inevitably think of her or have an emotional response. This reaction is completely involuntary.

Dr. Ivan Pavlov discovered this conditioning by studying dogs. He found that the animals salivated when they saw food, so he added a stimulus, rang a bell before presenting the food to the dog. In a short time, just by ringing the bell, the dog salivated, showing that it already related the bell to the food.

The elements of this conditioning are:

it is an object or situation present in the environment that generates an automatic response in the body. In the case of the dog, it is food. Similarities of classical and operant conditioning

is related to the unconditioned stimulus. In the case of the dog it is the sound of the bell.

it is the response that is given to the conditioned stimulus. In the case of the dog, it is salivation when hearing the bell.

is the one that is given to the unconditioned stimulus. In the case of the dog, it is salivation when seeing food.

Before discussing the similarities between classical and operant conditioning, it is important to understand each concept individually. According to “Theory and Practice of Counseling and Psychotherapy,” by Gerald Corey “Classical conditioning (respondent conditioning) refers to what happens before learning that creates a response through bonding.” A famous example of this is Ivan Pavlov’s experiment with dogs. When dogs heard a bell sound when they were fed, the dogs finally salivated just by hearing the bell. However, if the bell was rung several times, but no food was presented, the dogs stop when they heard the bell. Classical conditioning is famous for its use of systemic desensitization.

According to Gerald Corey’s “Theory and Practice of Counseling and Psychotherapy,” Operant Conditioning “involves a type of learning in which behaviors are primarily influenced by the consequences that follow.” This means that if individuals receive some kind of positive reinforcement for their behaviors, they follow those behaviors; but if they receive negative or no reinforcement of their behaviors, those behaviors are stopped. Operant Conditioning states that learning can occur only in conjunction with positive and negative reinforcement and positive and negative punishment.

In practice, classical and operant conditioning are used primarily to treat phobias. However, according to Corey Gerald in “Theory and Practice of Counseling and Psychotherapy,” classical and operant conditioning have also been used to treat nightmares, obsessions, depression, compulsions, anorexia, and anxiety. The classical conditioning technique of desensitization has been empirically proven and is one of the most widely used treatment techniques in psychology today. Both techniques are used primarily by cognitive behavioral therapists, as pure behavioral therapy is rarely used in clinical practice anymore.

Differences between operant and classical conditioning 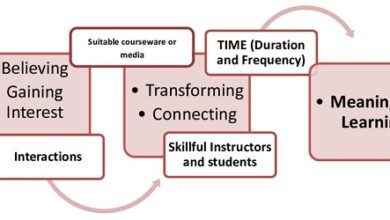