What Is Green Economy?

The Green Economy is a concept adopted by the United Nations Environment Program (UNEP) in 2008.

According to the UN body, it means an economy that seeks to guarantee social equality and the well-being of humanity allied to the reduction of ecological and environmental problems.

The term replaces the concept of ecodevelopment used until then.

In a way, it converges with the definition of sustainability , which is nothing more than the concern to meet current needs without compromising the future of the next generations.

But the Green Economy goes a little deeper into this idea.

To achieve sustainable development in the economy as a whole, it was necessary to make it a little “greener”.

The set of actions taken in this direction was called the Green Economy.

What Are The Characteristics Of The Green Economy Or Entrepreneurship?

The Green Economy has some basic characteristics, which should be part of any type of project that proposes to implement it.

Let’s go to them:

What Are The Benefits Of The Green Economy?

According to the Organization for Economic Co-operation and Development (OECD) , the Green Economy can provide new sources of growth through:

How Important Is The Green Economy?

The Green Economy has the important role of serving as a vector for governments, in all spheres, to prioritize social and environmental gains , whether through investment or legislation.

The State can, for example, impose serious sanctions on those companies that insist on not contributing to the defined sustainable principles.

A tougher fiscal policy, with taxes that weigh on the pockets of organizations that pollute, or exemptions and subsidies so that they can use cleaner energy sources are some possibilities.

It is also important that there is an inspection by the competent authorities, establishing clearer limits and norms for the industries.

All this can be achieved by following the precepts of the Green Economy.

Governments can develop public policies to make managers and the general population aware of the importance of sustainable use of natural resources.

As long as the social and environmental cost continues to be put in the background and companies continue to deforest and pollute , the account will never close.

The consequences are there and, if nothing changes, the report of the Intergovernmental Panel on Climate Change (IPCC) points to an unpromising future.

The Green Economy Around The World

Companies around the world are looking to adapt in search of a more sustainable development .

Especially because the success of those who follow this path of the Green Economy is evident.

According to a survey by the University of New York , 58% of organizations that adopt environmentally correct practices showed operational and financial gains .

In the United States, smaller enterprises that invest in social responsibility have grown 2.5 times more than their competitors, according to McKinsey & Company .

To end this global overview, let’s look at some interesting data from The Time Has Come: The KPMG Survey of Sustainability Reporting 2020 :

Like any topic that involves political-economic interests , the Green Economy is also a subject that generates controversy.

This is because one wing, made up of social movements and NGOs , argues that the correct name for this concept should be green capitalism or market environmentalism.

Discussions focus on the commodification of resources such as biodiversity, carbon and water as if they were commodities .

According to critics of the Green Economy, it is impossible to assign a monetary value to natural goods.

Therefore, environmental compensation actions , such as Environmental Reserve Quotas (CRA), represent a flaw in the model.

CRAs work as land titles, where each quota has 1 hectare of natural vegetation, and are available to be used as a bargaining chip, compensating for a devastated region, for example.

According to the opposite current, it is not possible to guarantee that the CRA would have the same value as the area to be replaced.

Companies That Have Adopted The Green Economy

Annually, Corporate Knights launches a ranking of the 100 most sustainable companies in the world , which serves as a great parameter to identify those organizations that adopt the Green Economy as a guide.

Most In-Demand Professions In The Green Economy

The Green Economy has also greatly moved the job market .

Professionals from different areas have been asked to work on issues related to sustainable development in companies.

The careers office at the University of São Paulo (USP), ECar, in partnership with the recruitment and selection consulting firm Robert Half, carried out a study at the request of Estadão , at the end of 2020, on the 11 specialties most affected by the wave of concern for the environment.

Contrary to what many might think, we are not talking about new professions, but more traditional occupations , such as engineering, geography and chemistry, for example.

The difference is that these areas are now undergoing a small strategic transformation, adapting to ecologically correct guidelines.

The survey also establishes an order of priority among these 11 professionals, differentiating those who are most sought after by the market and the specialists who are still betting.

Among the “darlings” are areas such as Engineering, Physics and Geography .

At the second level are Economics, Administration and Law.

Chemistry and Architecture and Urbanism occupy the third place on the podium, while Biology and Psychology are among the bets for the future.

Let’s now see how each of these professionals can work and how they can contribute to the Green Economy.

Engineering has an important multidisciplinary role in the sustainable development of companies.

Among its main missions are the implementation of clean energy, the creation of smart cities , the execution of projects to reduce waste and optimize the reuse of tailings, in addition to reducing the environmental impacts of operations.

Let’s look at some specific implications:

It can work together with electrical and mechanical engineering professionals to create autonomous vehicles that use clean energy as fuel.

Using technology in the service of sustainability .

Several projects can be created to, for example, help in urban mobility through partnerships with other engineering, such as civil engineering itself.

Use production methods and processes that cause less impact to the environment and society as a whole.

Its performance can take place alongside Environmental Engineering for the reuse of raw materials , for example.

Enforce the main environmental laws and regulations in force, in addition to helping to develop social responsibility actions that have the Green Economy as a basic principle.

Engineering can play a key role in achieving some of the main goals of the Green Economy.

However, the more professionals who can help, the better.

The union of these multidisciplinary areas is what will, in fact, make the difference.

Along with engineers, they are the most sought after professionals on the market to implement a Green Economy.

Physicists are not being disputed for nothing, after all, they are capable of creating projects for the generation, transmission, transport, distribution and use of non-polluting energy.

They complete the triad of the most desired professionals on the market.

According to the pro-rector of USP, Antonio Carlos Hernandes, in a statement to Estadão , geographers are being harassed both by government companies and the private sector.

According to Hernandes, the demand is such that the university is not able to meet all the demand in the training of these professionals.

It’s not for less. Geographers are responsible for developing projects that reduce the environmental and climate impact on production activities.

The idea is to adapt to the goals assumed in the Paris Agreement and considerably reduce the emission of greenhouse gases into the atmosphere.

On the second shelf of professionals most targeted by the green wave, administrators, lawyers and economists have the important role of developing the so-called sustainable management supported by legal requirements.

Among the main actions are risk management involving environmental aspects and the development of ESG programs.

Chemists also play an important role in seeking to reduce the environmental impacts caused by companies.

The work of these professionals can take place in the analysis of the soil and tributaries , to verify that there is no type of contamination caused by the organization, and also in the care with the disposal of residues.

Architects can work together with engineering in the development of smart city plans and more sustainable solutions for urban mobility.

Biologists have a role similar to that of geographers in the search for solutions that try to reduce the climate impacts caused by companies.

However, unlike their human counterparts, they are also concerned with the relationships between living beings and the environment .

An example of the practical action of these specialists is to protect the surroundings from possible inconvenience caused by large works.

Environmental psychology is such an emerging field that there are still few studies on how this specialty can help the Green Economy.

By definition, the area works by establishing relationships between human behavior and the environment .

In practical terms, it can help professionals and families impacted by large-scale projects. 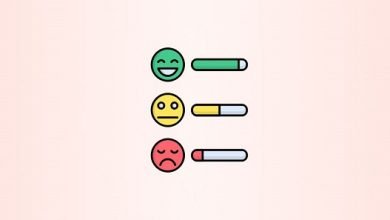