These are opposing concepts and are on the order of the day – and that is good, because it is necessary to rethink, economically, our consumption. Even if you have already crossed paths with the subject, did you really understand the linear vs circular economy ?

To begin with, it is important to understand that we live in a linear economy concept, but we look to the future with the desire to live it in a circular way. Got confused? We will explain everything in this article.

What is the linear economy?

Extract, produce and discard – this is the motto of the linear economy, which prevails in today’s world.

In a linear production and consumption system, economic growth is dependent on finite resources, raw materials, which puts us at imminent risk.

It is not news that the world consumes more and more… And it is exactly for this reason that there are fewer resources available and that the extraction costs do not stop increasing. What does this bring us further forward? It’s simple: insecurity and uncertainty about the future – both with regard to the end of certain resources and the prices that are starting to be practiced.

If we add to this equation the problems related to the extraction of resources and the unsustainable issue of discarding our consumption, tomorrow becomes a little more worrying (even more so).

Pollution is an alarming issue

Did you know that the pollution we produce today is unprecedented?

Our current model of economy is the one that generates the most waste that is impossible to reuse and, many times, potentially toxic for us and for the environment.

What is the circular economy?

In short, simple and easy to understand (and to be a fan ), the circular economy model creates a production and consumption system based on real changes. In it, there is a reduction in consumption and more reuse /recovery/sharing/ recycling of products.

In the circular economy, manufacturing and consumption are related within a cyclical chain logic, which extends the useful life of materials that today would be just more instant waste.

But being circular is not just about adopting a concept of a “greener” economy that is friendlier to the planet: it is also prioritizing economic development – ​​but in another way, such as through new business models and better use of natural resources.

Is the circular economy better than the linear economy?

So, being the circular economy an opposite model to the linear one, does that mean it’s the best for the future? Without a doubt, Goldenergy believes so. The circular concept was born so that we can, locally and globally, guide our first steps of change. Overcoming the problematic issues of the linear model is a real challenge, which brings us immense dilemmas. For this reason, the model of the future is one that teaches us new and smarter ways of living together on this planet.

Are we now going to understand more about the reasons that make the circular economy a bet for the future?

One of the most important proposals of the circular economy is to eliminate the concept that we have of garbage. And it seems so much more beautiful to live on a planet with less waste! The intention is that all materials present in our consumption chain can be reused in the so-called cyclical flows. It is the well-known concept “ Cradle to Cradle ” . Thus, preserving its value, each material lives a prolonged cycle, from product to product.

In this concept, we are no longer concerned only with the management of our waste: the production chain is interested in discards, since it is from them that the next products come out. Thus, waste management becomes everyone’s interest and is no longer seen only as a sanitation issue, but at the center of the economy.

This new way of thinking has made it possible to clarify many doubts about how it would be possible to transform the industrial, economic and social system that we have today. It appears to offer us tools and paths capable of overcoming immense challenges inherent to such a change.

Imagine the producers with their eyes on discards. Professionals attentive to waste, working on the design of their services, systems and products. Sounds amazing, doesn’t it? And it really is incredible – but, in addition to being incredible, it is also possible. It is for this, to create this tomorrow, that many of us are already rolling up our sleeves today.

The circular economy concept is a movement that has been built for decades, by the minds and hands of multiple sectors and actors in society – governments, foundations, diverse organizations, companies and, of course, citizens.

The idea is really mobilizing and points to countless advantages, never seen before when it comes to the interaction between people and the planet – something that we, at Gold, believe and work, every day, to make possible.

The new circular concept offers a possible perspective, while teaching us to have another type of relationship with materials and goods. In this new way of being and living, issues such as saving energy and resources would not be a problem, but part of the mentality created for the system. New types of businesses are already being designed from there – and with them, new job positions and more local jobs.

Examples of linear and circular economy

Unfortunately, we live in a world where the laws of linear economy still prevail – although we are already moving towards changes. The examples are more than many and it would be impossible to make a list, but we can mention some consumption habits that are part of the linear structure.

Disposable diapers – want a greater example of linear culture? They are produced, sold, consumed and discarded. In the first three years of life, each baby uses an average of six thousand diapers and each one will need 450 years to disappear from the environment. And whoever talks about disposable diapers is also talking about sanitary towels.

Plastic bags/wrapping items  – let’s think about the indiscriminate use of plastic bags for shopping, which until recently were not charged to customers and were offered without any kind of control. And how about we think about the unnecessary amount of gift wrapping material we spend on birthdays, Easter, Christmas? Where will they stop immediately after fulfilling their role? Waste, of course.

Plastic packaging – There are countless purchase products available in supermarkets that are packaged in plastic and are part of our daily routine, food and home: from chocolates, to water bottles, chewing gum, cleaning products… has an end. Whenever possible, prefer cardboard or glass packaging and, in all situations, never forget to separate waste and dispose of it in recycling containers.

Fast-food, fast-fashion, fast-everything – Everything fast is designed to generate more and more consumption and, therefore, is part of the linear economy concept. The idea is to buy in quantity and pay little at a time, but the truth is that the life cycles of fast products are reduced and this is a characteristic that increases the need for consumption. Examples: fast food with cheap hamburgers full of packaging, straws, etc.; most of the clothing and accessories stores that we see in advertisements and shopping centers; trade in products and goods for the home at reduced prices and less durability.

Nespresso: the coffee capsules giant has invested heavily in measures to transform its waste, such as the capsule recycling center. In it, aluminum is recycled several times and the coffee powder residue is transformed into fertilizer.

Ikea: perhaps to contradict its linear, natural essence of a brand that was born to create strong stimulus to consumption at a time when sustainability was a distant concept, the Swede that won the world has achieved extra prominence in recent times, after announcing that will start buying used furniture from its customers.

Goldenergy: using and providing services through renewable energy sources is circular. At Goldenergy we believe and invest in the future of a circular economy, because we understand that the planet has finite resources and that our well-being of tomorrow is already at risk. Therefore, we are committed to 100% green energy and we want to spread the word about change entirely.

We hope that you have understood the concpets of Circular economy vs linear economy.

What is employee experience/5 benefits/implementation/improvement 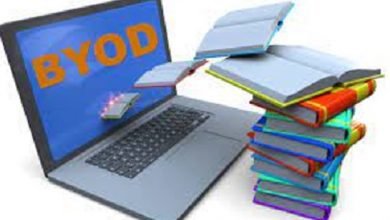 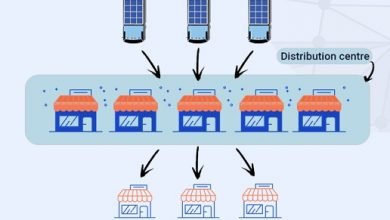