Linguistics is the science that studies language, as a form of human communication in terms of its codes and symbol system, the use of different languages, their common points, and their evolution . The oral language preceded written language, and the appearance of it, revolutionized culture in such a way by the possibility of documenting the facts, which originated the Story. Linguistics is a broader concept than Grammar .

It was Ferdinand de Saussure, a linguist of Swiss origin, born in 1857 and whose death occurred in 1913 who considers himself the father of modern Linguistics, as a system of signs (which will later be transformed into structure , according to structuralism ) that can be studied in its evolution, what is called a diachronic study, or at a specific moment within that evolution, what is called a synchronous study. It is Linguistics for this author, a part of another larger science, which is Semiology.

Linguistics becomes fundamentally important , since its object, language, identifies peoples as a nation and contributes to the union of nations with similar languages, but also to isolation with others that have different languages.

In order to overcome those linguistic differences that divide the peoples, an attempt was made to create a complementary and universal language, which was called Esperanto, the work of a Polish linguist, named Ludovic Zamenhof, who lived between 1859 and 1917. Apparently the failure of Esperanto It was because it was created from nothing, and languages ​​must undergo evolution, as is the case with living beings. This was the case, for example, with the Castilian , currently spoken by three hundred million people in the world, which was born as a dialect used by some counties in the northern part of the Iberian Peninsula. 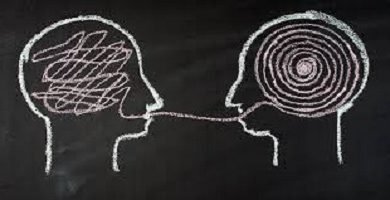 The communication and their characteristics