The successor that is emerging now is called The Minimalist Theory (Chomsky 1995), but it is not entirely clear yet in which direction it will develop. If we have enough time I would like to deal with two suggestions made in Minimalism; Checking Theory in subchapter 6.1, and Bare Phrase Structure in subchapter GB was first introduced in Chomsky (1981). Noam Chomsky, the inventor and main protagonist of GB, is notorious for writing articles and books that are difficult to read, and for inventing (and sometimes rebutting) a plethora of technical terms. While it may certainly be interesting to read „the original“, be warned about the extremely difficult style: Even experts admit they find it very difficult to follow! In a much milder form, the same warning applies to any introductory book to GB: Do not be put off by linguistic jargon and technical terms. Try to find their definition, you will usually
discover that a complicated name hides a more simple and fairly intuitive concept. It has to be admitted, however, that many of the textbook discussions are rather technical, which I will try to avoid here, whenever possible.

Government and binding (GB, GBT) is a theory of syntax and a phrase structure grammar in the tradition of transformational grammar developed principally by Noam Chomsky in the 1980s.This theory is a radical revision of his earlier theories and was later revised in The Minimalist Program (1995) and several subsequent papers, the latest being Three Factors in Language Design (2005) Although there is a large literature on government and binding theory which is not written by Chomsky, Chomsky’s papers have been foundational in setting the research agenda.

The name refers to two central subtheories of the theory: government, which is an abstract syntactic relation applicable, among other things, to the assignment of case; and binding, which deals chiefly with the relationships between pronouns and the expressions with which they are co-referential. GB was the first theory to be based on the principles and parameters model of language, which also underlies the later developments of the minimalist program
.

Subject and types in English Grammar with Illustration

Types of phrases in english 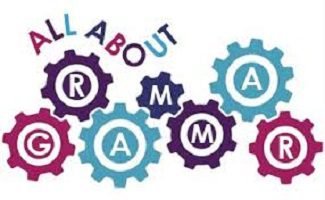